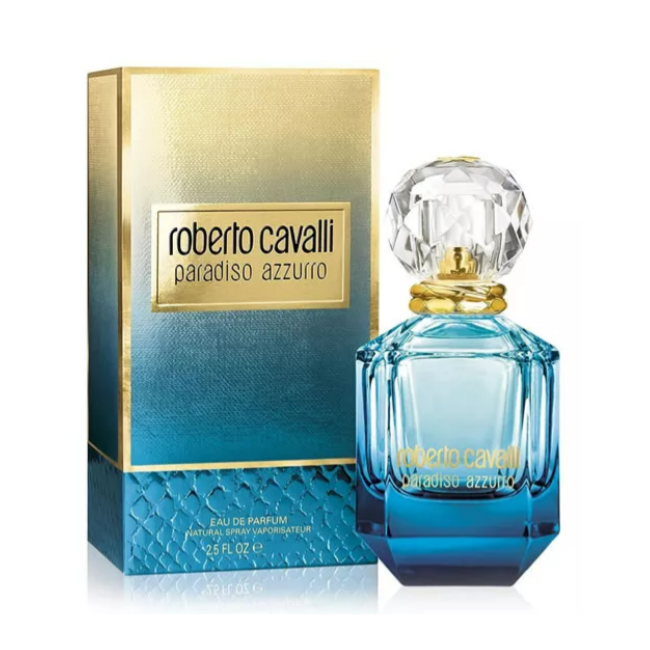 Paradiso by Roberto Cavalli is a Floral Woody Musk fragrance for women. Paradiso was launched in 2015. The nose behind this fragrance is Louise Turner. Top notes are Citruses, Mandarin Orange and Bergamot; middle note is Jasmine; base notes are Cypress, Pine Tree and Laurels.

The new pillar fragrance from Roberto Cavalli and Coty is Paradiso, out on the market in February 2015. The new fragrance is a refined, carnal, sensual and very feminine, but also relaxed and carefree holiday scent. It is designed to highlight the natural charm of women and to help women feel attractive.

“Paradiso is about a moment of happiness. I wanted to give a feeling of that instant when you feel totally at ease,” said Cavalli to wwd.

Paradiso is announced as a floral - woody fragrance of the Mediterranean and as a heavenly bouquet that opens with citrus notes of bergamot and mandarin, blending with the floral heart of jasmine. The composition ends with warm woody accords of cypress, parasol pine and pink laurel. The fragrance was created by Louise Turner.

The bottle design, signed by Eva Maria Duringer, is inspired by the many facettes of diamond, as well as different aspects of a woman’s personality. Model Edita Vilkeviciute is chosen to be the face of the perfume, representing modern Eve in the Garden of Eden. The campaign is shot by Mario Sorrenti.