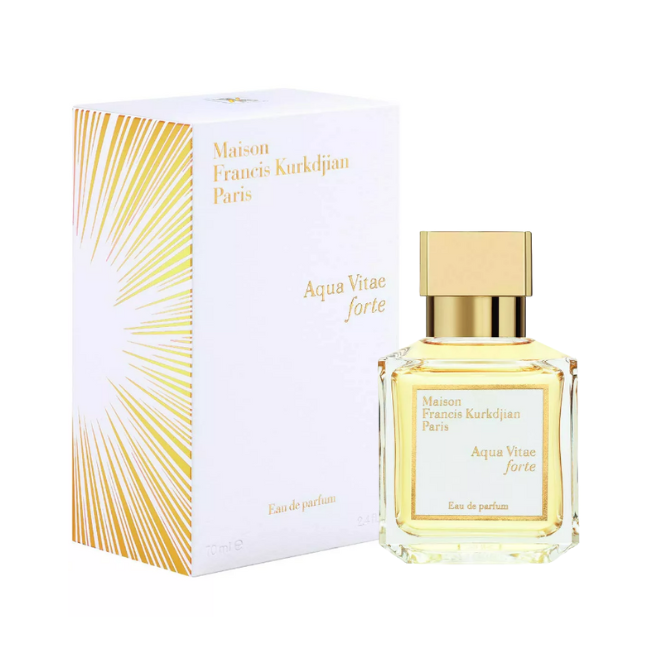 Francis Kurkdjian creates and launches a new, stronger version of Aqua Vitae as a sort of meeting between water and sun. The fragrance was named AQUA VITAE FORTE and unlike the first unisex version from 2013, the new version will contain richer, fuller floral and citrus notes enhanced with hot spices creating a bright and solar composition.

Top notes of the fragrance are based on luminous citrus notes among which the main role belongs to Sicilian mandarin and Calabrian bergamot and lemon embellished with a spicy trio of Ceylon cinnamon, Guatemalan cardamom and Sichuan pink pepper. The heart encompasses Tunisian orange blossom extract and Madagascar ylang-ylang, while the base is constructed of woody notes of Mysore sandalwood and Haitian vetiver.